For those of you who wonder why I don't update this page very often, it's largely because I'm getting a little weary of all the hand-coded html and ftping I have to do. Yeah, I know, it's not a lot of work, but when you just feel like adding snippets of inspiration, the process of updating the page is a little uninspiring in itself.

So.... I've decided to take the plunge and start blogging. For those of you not familiar with the concept, a blog, or Web log, is simply an online journal that's created through one of many Web tools that allow you to publish info in a snap. Even better, your blog can be syndicated through other websites, thanks to another technology called RSS. If this is getting too jargony for you, don't fret -- using a blog will allow me to publish on a whim, so my personal website won't feel as stale as it sometimes does. So without further ado, please visit Andy Carvin's Waste of Bandwidth: The Blog Edition. This website will never be the same.... 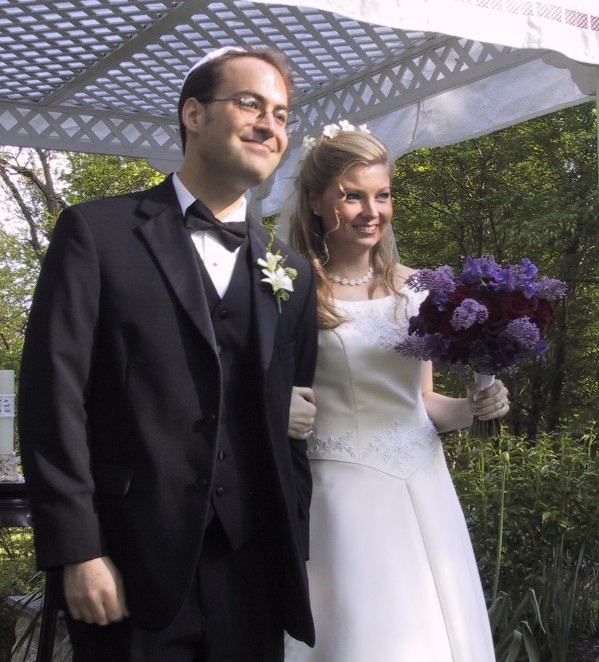 Yes, folks, it's only taken us 12 years to get our act together, but Susanne and I finally got married! The big day happened on May 4, 2003 at the Gramercy Mansion, in rural Stephenson, Maryland, just outside of Baltimore. May 2003 was one of the wettest months on record here in the DC/Baltimore area, yet we managed to have one of of the few sunny Sunday afternoons of the season -- perfect for an outdoor ceremony.

About 115 people attended the wedding, from close family and friends to even a few of my far-flung cousins from Australia, who happened to be in the "neighborhood" -- London, actually -- and decided to swing by at the last minute. Despite fears of rain, smashed wedding cake, lost tuxedoes and other potential disasters, the wedding went without a hitch -- hopefully our family and friends had as much fun as we did!

If you'd like to see pictures of the wedding, please visit our wedding photo gallery. And be sure to explore the rest of our wedding website while you're at it! 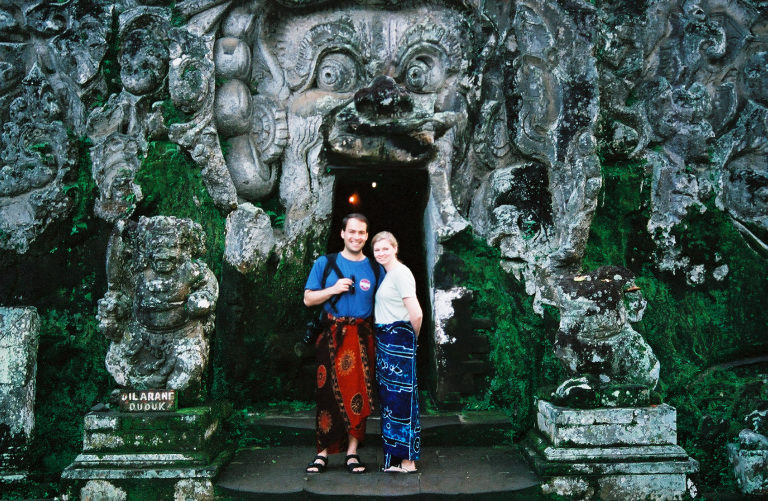 After the wedding, we were off to our honeymoon in Bali for 17 days of fun and adventure. Despite getting stuck in LA and Singapore due to flight delays and weather problems, we managed to make it half way around to the most beautiful, friendliest place in the world.

Avoiding the usual tourist haunts in the southern Bukit Peninsula, Susanne and I leisurely snaked our way around the eastern half of the island, visiting fabulous temples, hiking gorgeous rice paddies, snorkeling in the Bali sea and shopping for art in Ubud. You couldn't have asked for a more perfect honeymoon -- despite the much-publicized worries over terrorism and SARS, Bali was the safest, friendliest place we've probably ever visited.

For those of you who'd like to see our pictures of Bali, we've published our Bali Honeymoon Photo Gallery. The gallery is a collection of 21 exhibits covering the major sights and experiences of the trip. We hope you enjoy the pictures!

As some of you may know, Susanne and I spent the bulk of our free time over the last two years producing an independent documentary on muay thai, or Thai boxing. Susanne spent the summer of 2000 in Thailand, shooting footage of three boxers getting ready for their next fight: a 13-year-old boy who'd been fighting professionally since he was 11; an American Harvard graduate who came to Thailand to study muay thai under the legendary boxer Apidej Sit-Harun; and a 29-year-old housewife who decided to leave home and become a pro boxer, making up for the fact that women weren't allowed to box when she was younger.

I've been serving as associate producer, editor and co-writer for the documentary; meanwhile, Susanne put her life savings into this project, so my contributions seem almost meagre compared to what's she done to create this documentary. Thankfully, her hard work is beginning to pay off -- The National Geographic Channel started airing the program in 140 countries around the world starting in January 2003 (though unfortunately, not the US as of yet). We also managed to get British actor Jason Statham (star of The Transporter and The Italian Job) to narrate it for us, which was really exciting.

We still don't know if the program will air in the US, but National Geographic hosted the US premiere on March 11, 2003 as part of its Tuesdays at Noon documentary series at Grosvenor Auditorium. It was a great event with an enthusiastic audience; now if we can only get it on TV in the US, that'd be icing on the cake.

Over the course of 2002, I literally racked up over 50,000 miles traveling all over, including business trips to Russia, Estonia, India and Bhutan. I went to the former Soviet Union for a digital divide policy conference in Moscow last February, and managed a few extra days in St. Petersburg and Tallinn, Estonia, where I got to spend Estonian independence day (and even met the Estonian president and former Lithuanian president Vytautas Landsbergis). After experiencing my first Russian winter, I got to experience the other extreme: an Indian summer, visiting Delhi in May. I went to India for the launch of our new website, Digital Opportunity Channel, which we're co-producing out of Washington DC and Delhi. As part of my trip to south Asia, I was fortunate enough to be hosted by the UN Development Program's office in Bhutan for two days. It was a painfully brief trip, but it gave me a taste of the beauty and hospitality of this largely unknown Bhuddist kingdom in the Himalayas.

Of course, some of you are probably wondering when I'll publish travel journals for these trips -- sorry, but don't hold your breath. Since these were business trips, they weren't exactly a typical exotic adventure, and I didn't have much time to journal. At least I hope to publish photojournals at some point in the near future. 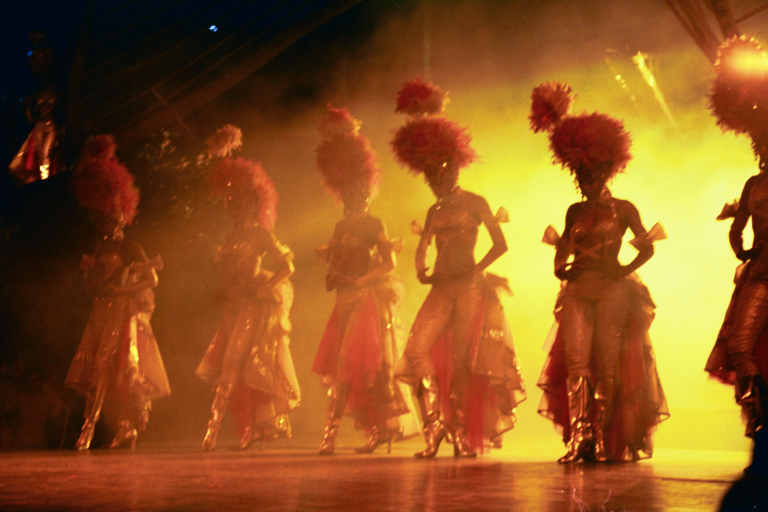 In July 2001, Susanne and I managed to spend a few days in Havana. Susanne was there shooting footage for a National Geographic TV project, while I was conducting research on the slow growth of public Internet access in Cuba. Despite the fact that it was a brief trip, we managed to spend a bit of time absorbing the sights and sounds of Havana. It's a fascinating city, perhaps the best preserved old Spanish colonial town in the Americas. Hopefully, it'll become easier for Americans to travel there as tourists, but I'd hate for the sudden surge of US travelers to change the character of this fascinating city. (I can just see the McDonald's and Starbucks popping up on every corner to cater to US visitors - Ugh!)

While in Havana, Susanne and I took lots of pictures. The highlights of these pictures can be found in my online Havana photo journal. Be sure to check out the photos of the Tropicana nightclub, with its legendary dance show that harkens back to Havana's 1950s heyday of beachfront casinos and Meyer Lansky....